PR and Social Media: Will Video Kill the Selfie Star?

No, I’m not talking about Kim K. Not this time. I’m talking about the impact TikTok is having on public relations and social media. It is by far the fastest-growing video platform and, according to reports, is on track to catch up with YouTube by 2024, when it is estimated that both will hit £18.2bn in annual ad spend. To put that into perspective, YouTube launched 17 years ago, TikTok hasn’t even reach its sixth birthday.

This just goes to show how successful TikTok has been at capturing and sustaining audience interest with the content it hosts. But it’s not the fact that TikTok is biting at the heels of YouTube that is likely to cause the biggest disruption. It’s the impact this shift in platform usage and content consumption is likely to have on PR and social media services.

Until recently, Instagram and Facebook, the two biggest public relations and social media sites worldwide in terms of audience and usage, never put much emphasis on short-form video. It’s only been with the rise of TikTok that they have begun to prioritise it.

In particular, Instagram made waves across the internet when, in July 2021, its Head, Adam Mosseri, announced that the platform was “no longer a photo-sharing app.” This move, according to Mosseri, was primarily to better target and engage with younger audiences – the same audiences and demographics that have made TikTok such a global powerhouse in the PR and social media spheres.

Facebook had a similar day of reckoning earlier this year when a dramatic drop in daily users caused the stock price of its parent company, Meta, to fall. Mark Zuckerberg specifically called out TikTok as one of the main drivers behind his platform’s sudden drop in interest.

What this all points to is that video is the future of PR and social media marketing.

TikTok is clearly thriving, and both Instagram and Facebook have taken note. Even Snapchat is turning a profit for the first time.

So, what does this shift to video mean for brands and the audiences they engage with? Will video content (hopefully) mean a world with fewer selfies?

For me, this is where we will see the biggest change. Video content, specifically the kind found on sites like YouTube or Vimeo, is what I would consider deep value content. And it is an inherently better format for deeper storytelling than static images or text.

Looking at the sort of content you see on Google’s video site – content that is often between five to fifteen minutes long – creators have far more time and flexibility to tell a story. They can then enhance the storytelling with other assets and content that static imagery or text-based copy just can’t support. When you look at the video formats used across TikTok, and now in the Reels format on both Instagram and Facebook, storytelling through video is short, sharp and straight to the point. You don’t necessarily learn a lot, but it is a format that allows you to convey a specific message or narrative. For public relations and social media, this will be about choosing the right format and platform for the narrative you want to establish. For example, TikTok may not be the best place for a deep tech brand, whereas YouTube could be.

The shift to video will certainly create a more visible split in audiences – those who create content and those who engage with content. When Facebook and Instagram launched, the barriers to entry for users were low – anyone could upload a photo, apply a filter and add a caption. Video content, on the other hand, has a much higher barrier. This will likely lead to the formation of communities, potentially demographic-based, around specific creators– much like in the early days of influencer marketing. For brands this will mean audience engagement will become even more targeted at ‘mavens’ – the few who can influence the many in the PR and social media worlds.

The Herd vs. The Individual

One of TikTok’s key success factors has been the platform’s focus on driving engagement around weekly or daily themes and challenges. This has allowed most users, not just creators, to easily be part of a bigger conversation or trend without having to put in a lot of effort to ensure visibility of their own content.

TikTok does a good job of democratising virality – every post hits the top of the feed and isn’t necessarily impacted by a secret algorithm. This has made it a space where the herd gathers and a large percentage of the content is very similar or identical. On the other hand, sites like YouTube are more about the individual. They are populated with creators who have carved their own niche and community, delivering value-based content from their own expertise.

For PR and social media marketers, the question here is simple. Do you want to place yourself in the heart of a potentially relevant conversation or trend? Or do you need to carve out your own narrative and sweet-spot? This will of course impact the channels and voices used to tell the story.

I have always joked that Snapchat becomes unusable once you hit a certain age, but the point is that video content is far easier for younger, digitally native demographics to produce. And while TikTok has made video creation posts as easy as it can get, let’s just say you don’t really see anyone over a certain age hyper-active on the site.

For platform holders, this may present an interesting quandary. For example, will Instagram’s shift to video and targeting younger audiences alienate older generations for whom video is not currently priority? Will this mean new platforms will emerge that specifically answer the format needs of different demographics? Will users be driven back to Facebook or public relations and social media platforms?

We are only really at the start of the video-first era of PR and social media marketing, and a lot could still change. But what is clear is that the story and narrative you want to tell will only become increasingly important in steering your content and channel choices. 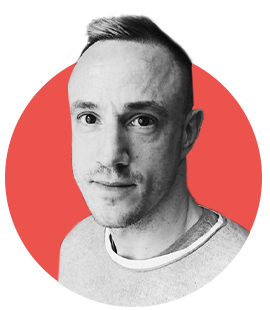