Tap Into the Creator Economy with the Right PR Approach

The Creator Economy is arguably the biggest disruptor the PR and creative industries have faced in decades. But its true definition is still somewhat elusive because to almost everyone involved, it means something different.

Jess Markwood, Chief Operating Officer at THE FIFTH and Darragh Ó Drisceoil, UK & Ireland Marketing Manager at Patreon, met with our Founder and CEO Michael Kempner, President and UK Managing Director, Tom Buttle, and UK Digital Lead Gareth Davies, to discuss and share their insights and perspectives of the Creator Economy and how brands can best take advantage with the right PR approach.

From Mums to MySpace, where did it all begin?

For Gareth, the Creator Economy had its origins in the early 2000s when ‘mummy bloggers’ were given pacifiers, prams and other products to review online and discuss with their fellow parents. When YouTube introduced its Partner Program in 2007 – an initiative designed to help creators monetize their video content – the fledgling creator economy evolved into a form closer to where we are today .

Finally, the internet experienced a massive influx of Instagram, and more recently Tik Tok, influencers. With this step the industry achieved a mature and robust framework for individuals to monetise their own individual slices of social media to great effect. However, this creator economy is still bound by the terms and conditions of whichever platforms they use, and regulation changes have seen empires fall overnight.

With all this in mind, it’s clear that people who use the internet to produce content and build a following have been around for decades. But creators have evolved their PR approach from mummy bloggers to teens pouting into digital cameras to, as Darragh argues, the legitimate creative business owners they should rightfully be seen as today.

How do you define a creator?

But in part, this evolution has made the definition of creators as difficult to pin down as the economy they are part of. Are there different tiers or a hierarchy? Can a brand be a creator? Is it possible to be an influencer and not a creator?

Jess from THE FIFTH had a particularly succinct answer to this final question: ‘Social media influencers, by definition, are simply a category of creators.’ Jess began her career as a fashion blogger at Aigua Media who owned the likes of Catwalk Queen and OSOYOU. She then went on to work for Glam Media, one of the first businesses to see the opportunity in working with small, independent content creators. But at that point, content was made purely for enjoyment; the commercial focus was predominantly on display advertising. It only started to morph once creators began to grasp how influential and potentially lucrative their voices were, with some moving beyond social media to create their own products and brands.

Many creators now capitalise on the opportunity to build their own empire. ‘They’ve realised that creator economy could make themselves a seat at the table’, Darragh explained, ‘they’re building a community and businesses around themselves so they’re no longer beholden to others.’ But taking this route requires resources many creators don’t have access to. Patreon has found great success because it provides creators with a platform that gives them a consistent revenue stream, as well as the autonomy they’re looking for. Jack Conte founded Patreon in 2013 to help him monetise his music, fighting back against an industry that has historically been notorious for its gatekeepers. Monetisation is increasingly difficult in the digital era, with many becoming social media influencers as much as they are musicians to earn a living. Patreon gives creators a PR approach that provides an income stream and the creative freedom they want without compromising their values.

How far does the Creator Economy extend?

This opened discussion to the link between creators and brands. For example, Car Wow, whose predominant business is buying and selling cars, is now one of the most followed global automotive pages. It would be impossible to not define them as creators. And this, as Jess pointed out, is the reverse of what brands like Cosmo and Good House Keeping have done. Originally creating content in their magazines, they have since expanded their PR approach to include merchandise.

But you don’t need to directly be a creator to be part of the economy. Cameras and editing software are inherently integral to the creation of quality content, surely making their manufacturers parts of the wider Creator Economy by default.

Where does B2B fit into this?

B2B had a delayed entry into the Creator Economy. But as the gap between B2B and B2C has shrunk, the Economy’s value has been recognised. The key difficulty in the PR approach is identifying which content creators to work with on campaigns. Despite comprising different demographics, both B2C and B2B audiences are linked by their dislike of the hard sell. Influencers’ integrity is often key to their continued popularity and flogging the wrong products can easily tip the scales the wrong way for the creator economy.

Jess explained how THE FIFTH solved this problem for one of their clients, Square, who offer payment solutions, including portable chip and pin machines, to businesses. While many creators are small business owners, even with millions of followers neither they nor their audiences will likely need such a niche product. Instead, THE FIFTH found a group of market traders with smaller, but more relevant, audiences and taught them how to create content that will sell in a creator economy.

Social media is effective for B2B marketers but adapting to a different PR approach is essential for its success.

Where’s it all going?

One single definition of the Creator Economy may be impossible to pin down, but several characteristics, its sprawling size, eternal ingenuity and non-stop evolution, are self-evident. There is little doubt it will continue to grow, eventually completely eschewing the platforms on which it has spent the last few decades.

Creators’ accessibility to creativity and the myriad ways they can create for themselves has already taken hold in the next generation’s PR approach.

Kids no longer want to be firefighters, astronauts or train drivers – today the number one career they’ve set their sights on is YouTuber.

And there is a definite shift toward D2C, where creators are migrating to their own websites, putting out their own podcasts and designing their own merch. In many ways, the Creator Economy is going full circle, harking back to the days when mummy bloggers wrote about buggies on their own blogs. 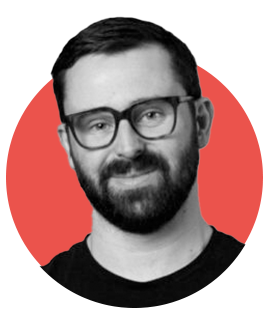